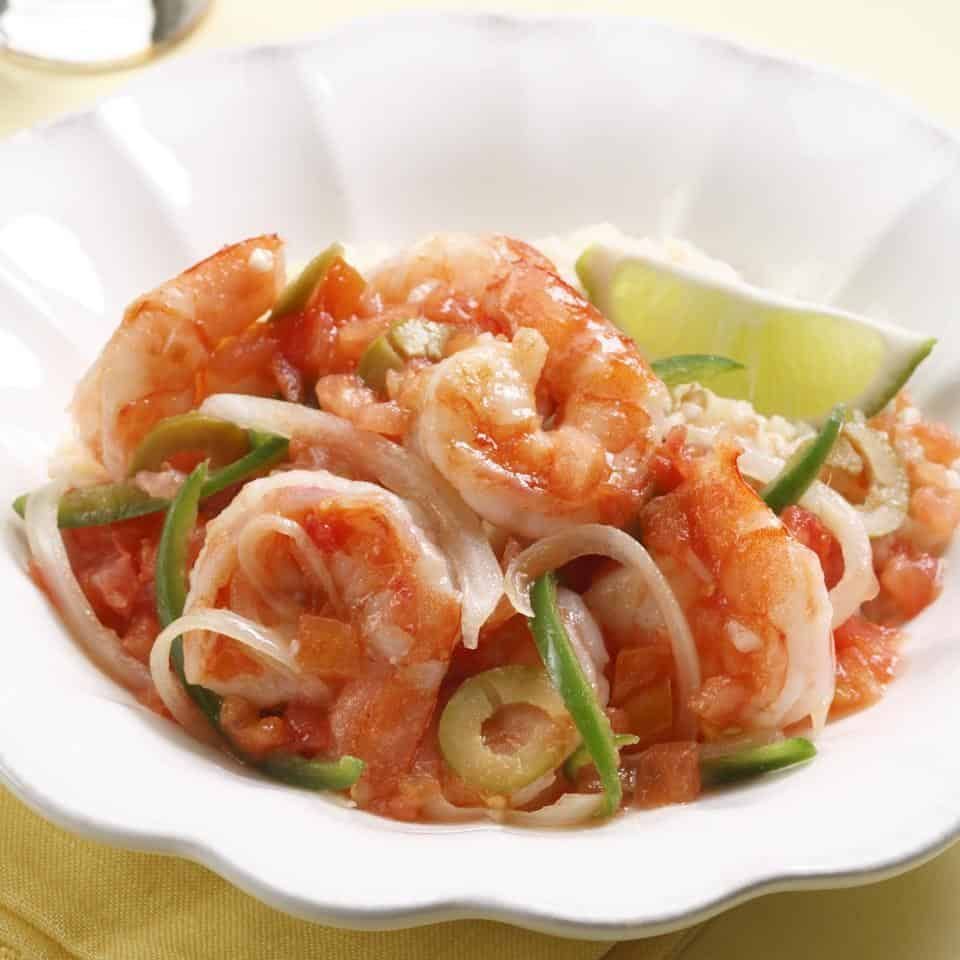 Written by Diet Center MidSouth on June 27, 2017. Posted in Recipes.

Preparation:
Heat oil in a large nonstick skillet over medium heat. Add bay leaf and cook for 1 minute. Add onion, jalapeños and garlic and cook, stirring, until softened, about 3 minutes. Stir in shrimp, cover and cook until pink and just cooked through, 3 to 4 minutes. Stir in tomatoes and olives. Bring to a simmer, reduce heat to medium-low, replace cover and cook until the tomatoes are almost broken down, 2 to 3 minutes more. Remove the bay leaf. Serve with lime wedges. Also, great served over 1/3 cup of seasoned rice (1 starch)
Exchanges: 1 1/2 vegetable, 3 protein, 1 fat

Click below to complete the form to subscribe to our email club! We believe in your privacy. We will never sell, barter or trade your personal information with any outside party.

*WE ARE PROUD TO SHOWCASE STORIES OF OUR ACTUAL CLIENTS. THOSE FEATURED
FOLLOWED THE DIET CENTER PROGRAM AND WERE COMMITTED TO THEIR OWN
SUCCESS. INDIVIDUAL RESULTS MAY VARY. AVAILABLE AT PARTICIPATING LOCATIONS.
VOID WHERE PROHIBITED.